You Do Not Have to Stand Alone

“[W]hen they were really dusty, I would shake some of the dust out in the basement before I put them in the washing machine, and then, you know, I would sweep the dust up off the floor.” 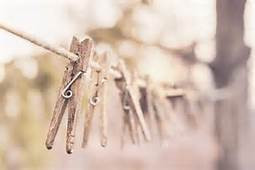 said a Satterley & Kelley client, we’ll call “Jane”, who was diagnosed with asbestos cancer mesothelioma after 18 years of washing her husband’s asbestos laden working clothing. Our client’s husband, “Bill”, worked with asbestos materials at numerous facilities in Kentucky and Indiana until the mid-1980s. His job activities included installing, removing, cutting, sawing, drilling and mixing asbestos containing insulation and muds. Cutting, sawing and tearing these materials out created clouds of dust, which settled on Bill’s clothing, hair and person nearly every day for twenty years.

Bill worked in a lot of powerhouses insulating boilers that were 10-12 stories high, turbines that were 125 feet wide and miles and miles of steam pipes. Insulating powerhouses required dozens of insulators working around the clock. It looked like it was snowing in the powerhouse while it was being insulated. By the time he left work each day, Bill’s clothes and hair was covered in grayish-white dust. Jane’s husband always wore his own clothing to work. His employers never provided protective clothing or laundry services despite OSHA regulations requiring them to do so. Bill frequently drove his own car to work (often times carpooling with other insulators). Dust from his clothing settled on the seats, floor and dashboard of his vehicles. When Bill got home, he normally removed his dusty clothing and either preserved them for the next day’s work, or when they became too dusty and dirty, he put them in the wash. On numerous occasions, he did not remove his work clothing immediately. He greeted his family, sat down on a chair or couch and spent time with his wife and kids before showering. The dust from his clothing settled on the furniture and in the carpet. Jane did the laundry nearly every day. She tried to avoid dust getting all over the house, by shaking off Bill’s clothing on the back porch or in the garage. Jane breathed the dust from the contaminated clothing on nearly a daily basis.

Until the 1970s, thermal insulation used to insulate boilers, turbines, pipes and equipment, was manufactured with asbestos. Even after it was not used in new insulation, insulators, like Bill, came into contact with asbestos containing insulation on nearly every job for more than a decade, from existing insulation that was installed in the 1950s and 1960s. Bill and Jane had no idea that asbestos could cause a deadly cancer.

Jane’s exposure is known as household exposure, take home exposure or secondhand exposure. Kentucky law holds manufacturers, property owners and employers responsible to spouses or children of an exposed worker, who ultimately contract asbestos diseases. Jane asked Satterley & Kelley to represent her in a lawsuit against her husband’s former employers, the powerhouses at which he worked, and the manufacturers of asbestos products with which he worked.

Unfortunately, Jane is not the only person, who experienced “household” exposure to asbestos whom the lawyers at Satterley & Kelley have represented. We have also represented:

1. the spouse of man who worked at a plant that made electrical products with asbestos containing phenolic molding compounds;

2. the daughter of a man who worked at a plant that made electrical products with asbestos containing phenolic molding compounds;

3. the daughter of a man who worked at a powerhouse and was exposed to asbestos containing thermal insulation;

4. the son of a man who worked at a powerhouse and was exposed to asbestos containing thermal insulation;

5. the son of a man who worked at plastic manufacturing plant and was exposed to asbestos containing phenolic molding compounds; and

6. the wife of an automobile mechanic who was exposed to asbestos containing brakes and clutches.

It makes no difference that you never personally worked around asbestos. If your spouse or parent worked with asbestos, there is s strong likelihood you were also exposed, which caused your disease. If you or a loved one has been diagnosed with mesothelioma, please contact the lawyers at Satterley & Kelley immediately for a free and confidential evaluation of your case.

Learn more about what to do if you develop mesothelioma from household exposure to asbestos.